The QMPMA publishes Action, an annual bilingual magazine for its members. To access the digital version of Action, click below.Click here to read Action

To learn more about the benefits of becoming a QMPMA member, and to fill out a membership form, click below.Information pamphlet - Membership form

The articles that appear on this site allow the QMPMA to inform its members, as well as the public, about the association’s positions on recent decisions, and news regarding the QMPMA, its members, the RCMP and other police agencies in Canada.

In remembrance of our friend, who was a champion for the rights of all RCMP officers The Quebec Mounted Police Members' is going through difficult times in the wake of the tragic death on July [...]

Welcome to the official website of the Quebec Mounted Police Members’ Association!

For more than 30 years, the Quebec Mounted Police Members’ Association (QMPMA) has been defending the rights of the RCMP C Division’s members, and those of francophone members, across Canada. 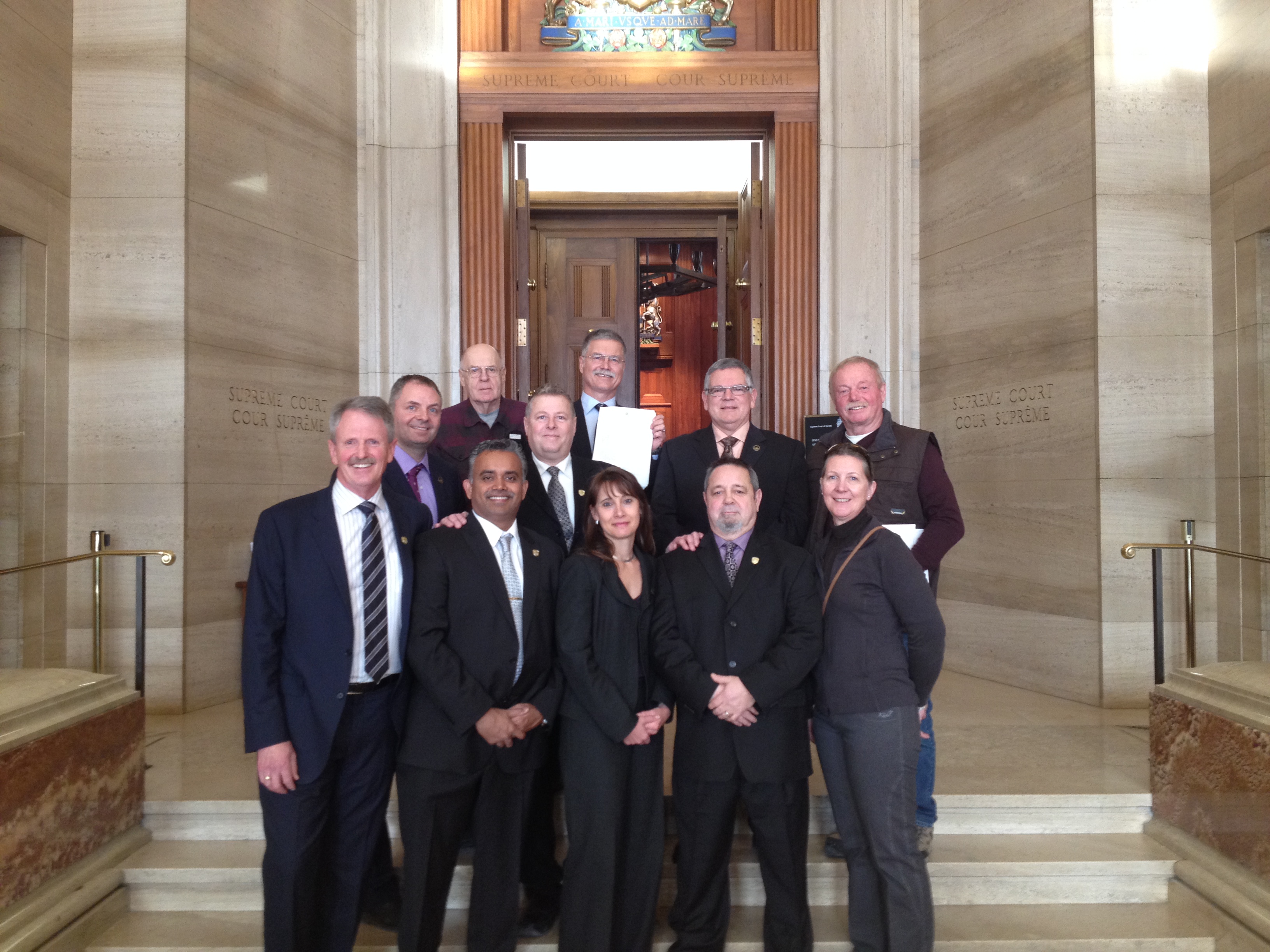 The QMPMA celebrated a landmark victory on January 16, 2015 when the Supreme Court of Canada delivered its long awaited judgment and recognized our association as being a legitimate representative of RCMP members in Quebec and francophone members across Canada. Marking the historic decision in Ottawa were the QMPMA’s Gaétan Delisle, André Girard and Joe Brennan, lawyer Laura Young, who successfully fought the case, and QMPMA lawyer James Duggan. Representatives from the Mounted Police Professional Association and the British Columbia Mounted Police Professional Association were also present.

The QMPMA was created in the early 1970s in response to increased dissatisfaction by members of the RCMP over working conditions. The RCMP responded by introducing a program to deal with working relations, overseen by the Commissioner of the RCMP.

The RCMP members of C Division (the province of Quebec) contested this new program, instead lobbying for free collective bargaining with their employer — the Treasury Council. The right to collective bargaining was repeatedly refused by the Treasury Council and RCMP management, both at the Parliamentary and judicial levels, for the sole reason of maintaining absolute power and control over all aspects related to RCMP members’ working conditions, including the manner of interpreting and applying these conditions.

Despite the good intentions of RCMP officers assigned to put the force’s internal program into action, it was quickly seen that its implementation and its consultation process left all final decisions in the hands of RCMP management.

Our association has spent 40 years defending the fundamental rights of every RCMP member to have access to collective bargaining, and to bring some form of stability and fairness to all levels of working relations within the RCMP so that the dignity of all members is respected.

The QMPMA has appeared on a number of occasions before various parliamentary and senatorial committees, as well as courts and judges in order to press for the fundamental rights  of all our members, while protecting their individual rights in the face of questionable actions by RCMP management, which is often more preoccupied with protecting its corporate image rather than protecting its members.

Our association is fully aware that the RCMP has a right to manage the federal force, but it is also our belief that every member of the RCMP must be treated fairly, with dignity and respect, and that the terms of a work contract must be applied with these conditions in mind.