Our foundation’s goals and objectives

For the past 30 years, the Quebec Mounted Police Members’ Association Foundation has been supporting community organizations throughout the province that offer social, philanthropic and juvenile prevention programs for youth. The foundation also financially supports groups that assist teens who are battling drug addiction, or who are victims of sexual assault. The foundation also supports native and cultural communities throughout Quebec. 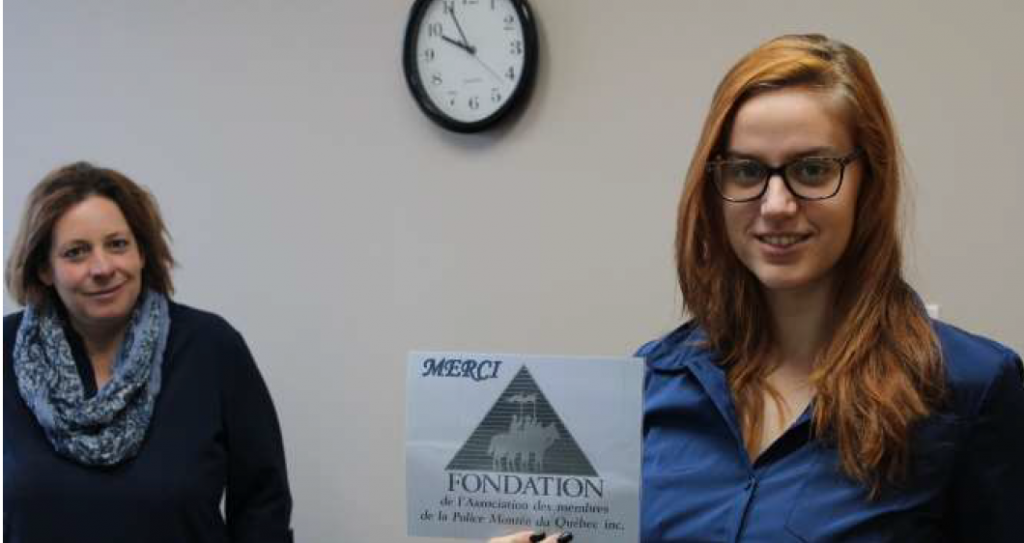 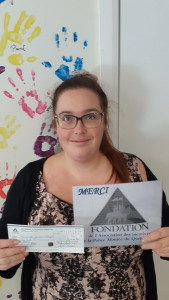 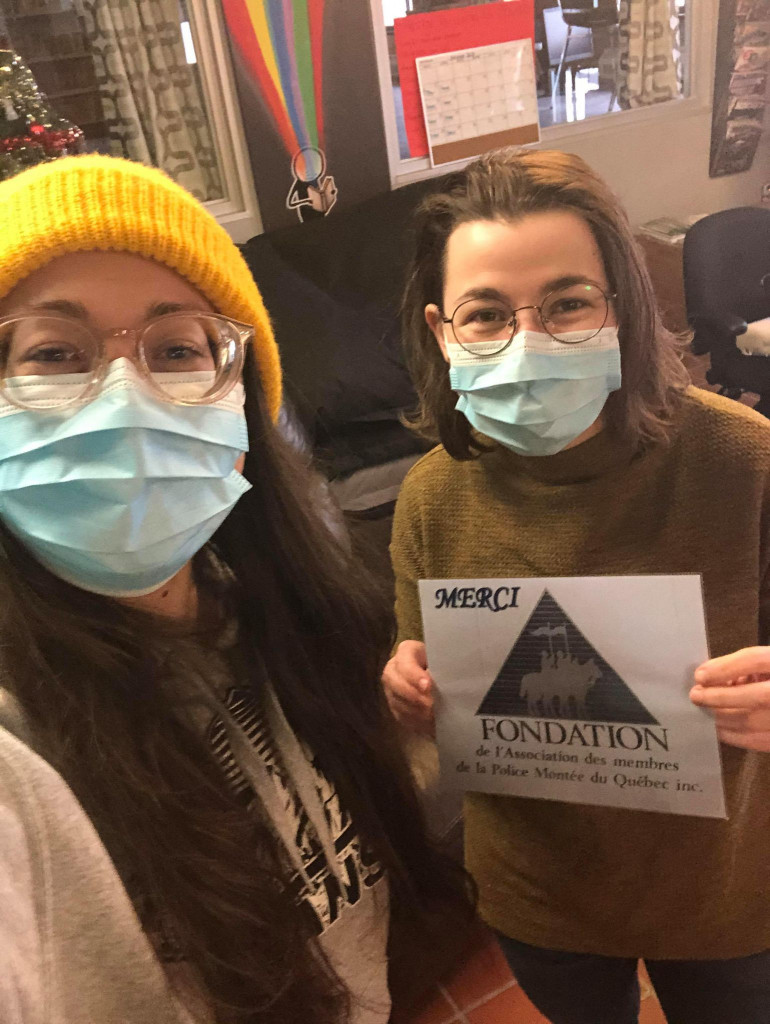 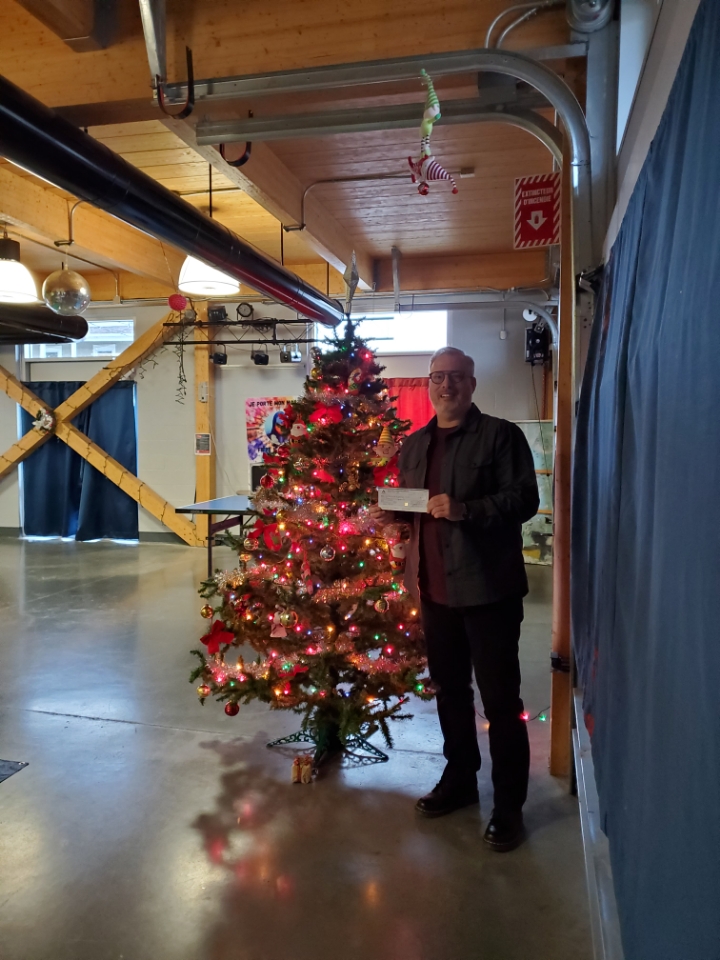 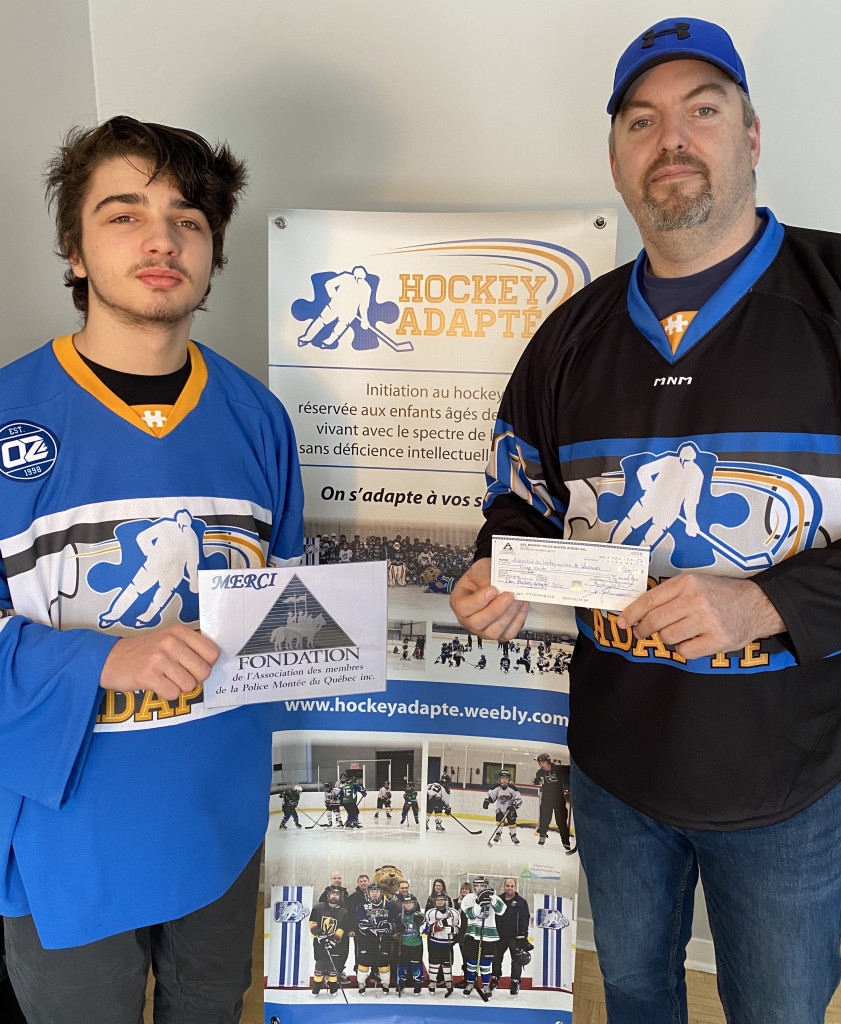 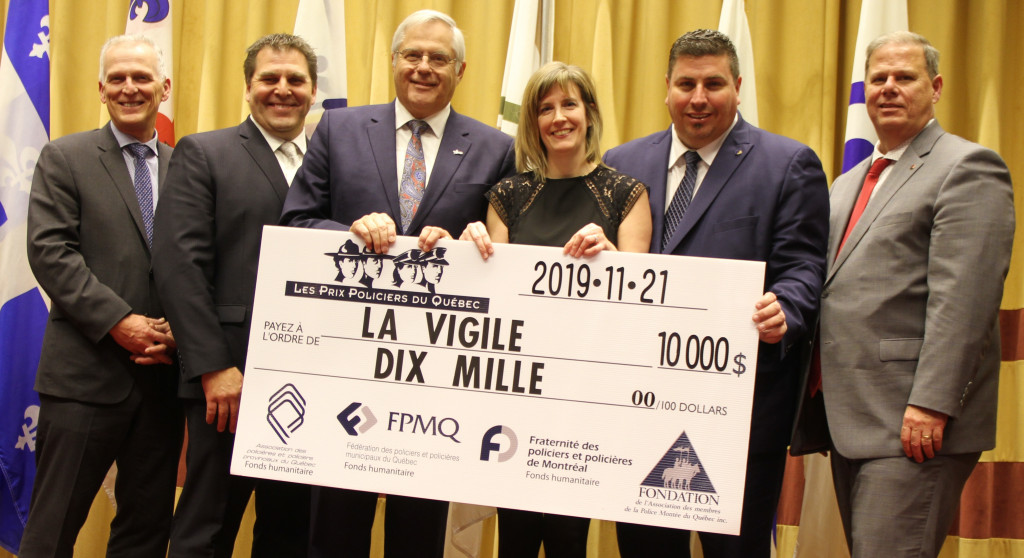 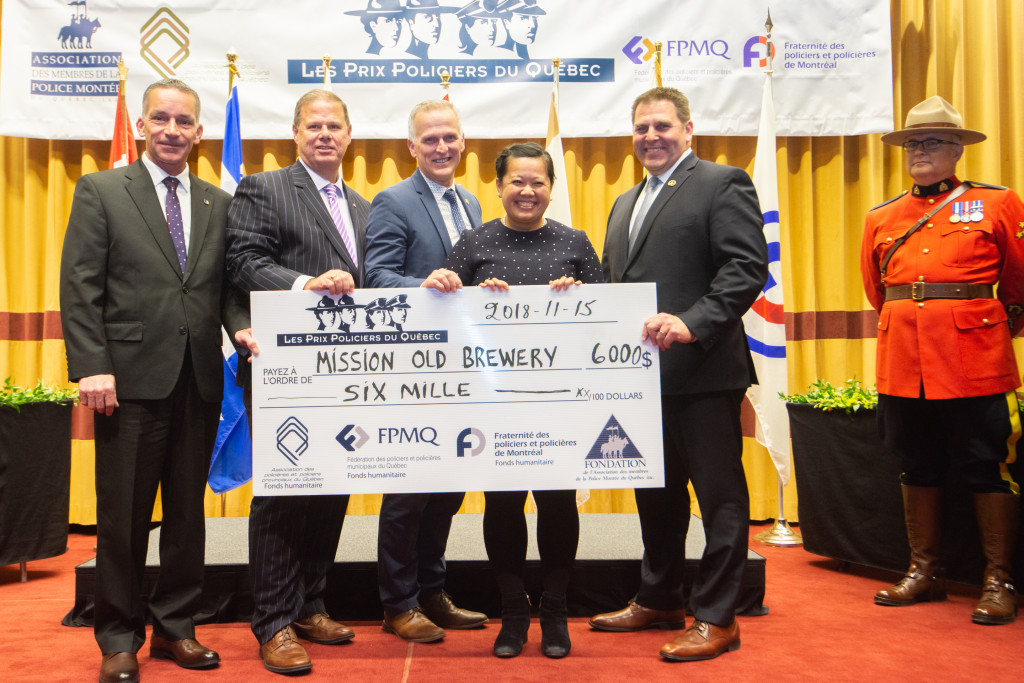 The Quebec Mounted Police Members’ Association held its 38th annual golf tournament on June 9, 2017 at the Vallée des Forts Golf Club in St. Jean-sur-Richelieu. A full day of golf, featuring 70 participants, as well as a sumptuous dinner banquet, door prizes and a $1,000 cheque, presented to Civa Expression Libre, an organization that helps young victims of sexual assault and their families. Thank you Constable Jessie Lalonde, as well as the entire team of volunteers for their excellent work – and a big thank-you to all of our participants! 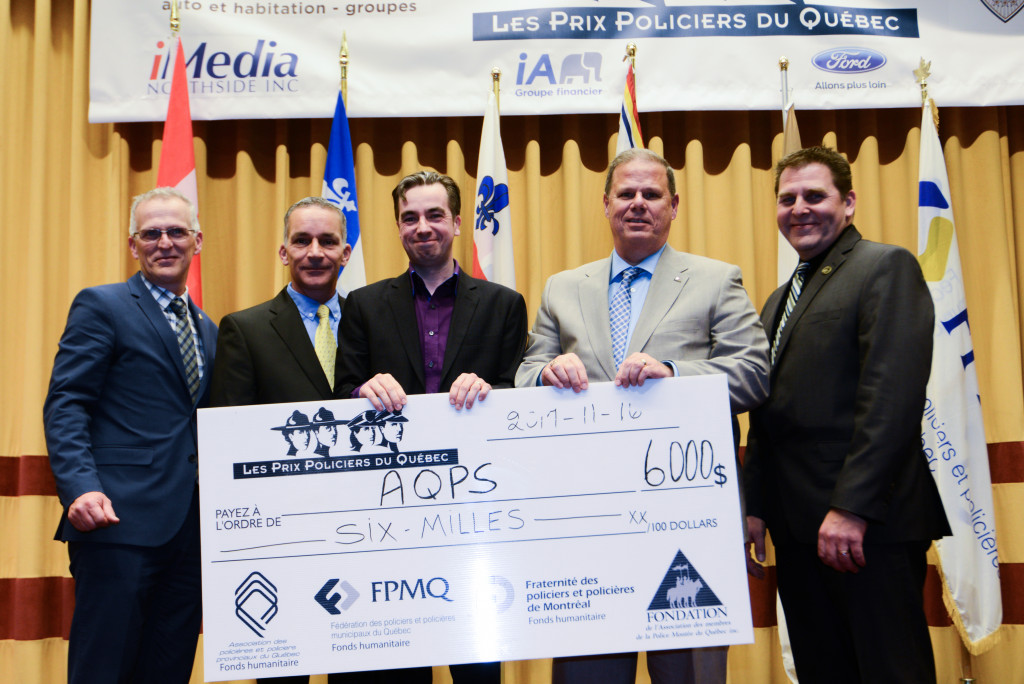 Proceeds from the 2015 Quebec Police Awards gala were presented by Quebec Mounted Police Members’ Association and the Quebec Provincial Police Association’s benevolent fund to the Fondation du Dr. Julien, a Montreal organization that assists socially and economically challenged children, and helps them to develop their full potential. The foundation also supports the development of social pediatrics in communities that need it most, and where children can best benefit.

A $5,000 donation for the Marie-Vincent Foundation

The Quebec Mounted Police Members’ Association Foundation and the Quebec Provincial Police Association Humanitarian Foundation teamed up in November 2014 to present a $5,000 cheque to the Marie-Vincent Foundation. The presentation was made during the 2014 Quebec Police Awards gala, held at the Chateau Champlain Marriott Hotel.The Marie-Vincent Foundation is a Montreal-based organization that assists children aged 12 and younger who have been victims of sexual assault. Since 1994, the foundation has provided services and resources to young victims and their families.

QMPMA Foundation teams up with the Marie Vincent Foundation

In November 2014, a delegation by the Quebec Mounted Police Members’ Association and its foundation visited Danielle-Gabrielle Roy, the director general of the Marie Vincent Foundation, a non-profit group that, since 1975, has assisted victims, aged 12 and under, of sexual assault.

This foundation works very closely with police in cases of sexual assaults against children. Their facility is located in east-end Montreal, and the organization survives solely through donations and the tireless efforts of its staff, led by Roy, who is nothing short of a sparkplug and fantastic person who just never stops working for the cause.

After visiting the facility, members of the delegation sat down with Roy and listened to her story about how the foundation has been a pivotal part of helping the lives of so many young victims. The QMPMA foundation is proud to be associated with Roy and the foundation, and that is why we presented her with a $2,000 cheque, and we will continue to assist them through more donations in the future.

A little bit of history…

In 1994, following the creation of youth centres run by the Quebec government, the Foundation became a separate entity to the Centre Marie-Vincent. Now managing a sizable budget, the Marie-Vincent Foundation redefined its mission to encompass all children under 12 who had been victims of abuse, including sexual abuse.

In 2012, after taking into consideration the extreme vulnerability of children ages 12 and under who had been victims of sexual abuse, as well as the necessity of ensuring that the Centre d’expertise Marie-Vincent remain a key resource in Quebec for victims and those close to them, the Marie-Vincent Foundation narrowed its mission to make sexual abuse its only cause.

SEXUAL ABUSE OF CHILDREN 12 AND UNDER

In Québec, one girl in five and one boy in ten report having been sexually abused before the age of 18.

In 2010-2011, 2,201 children aged 12 and under were the subject of a report to the Youth Protection in Quebec for sexual abuse or serious risk of sexual abuse.

Quebec police authorities report that 64% of victims of sexual offenses are under the age of 18 years.

– Among these young victims, 50% of them are girls and 14% are boys.
– In the majority of cases (85%), the aggressor is a person the child knows.
– Most situations of sexual abuse take place in private residences.

Services offered to children following the discovery of an experience of sexual abuse play a key role in the path that child’s life will take, as well as the lives of their loved ones.

Whether it is as a parent, a grandparent, a teacher or a neighbor, when we hear about a child who has been sexually abused, it is hard to feel anything but anger and disbelief. Moved by a sense of urgency and motivated by a strong desire to play a part in improving the lot of children who are victims of sexual abuse, I accepted the position of Executive Director of the Marie-Vincent Foundation.

Thanks to the confidence and generosity of its loyal partners and many donors, the Marie-Vincent Foundation is able to achieve great things, and has been doing so on behalf of the children of Québec’s for the past 37 years.

In 2005, with the creation of the Centre d’expertise Marie-Vincent and the Marie-Vincent Interuniversity Chair on the sexual abuse of children, the Foundation proved beyond a doubt that there was a very real need for the services they provided to sexually abused children aged 12 and under.

Specialized services for victims, research, training, and prevention: these are the four channels through which the Marie-Vincent Foundation carries out its mission and honours the generosity of the caring men and women who stand up against childhood sexual abuse.

Board members, staff, partners, donors and volunteers… All of you have one thing in common: you care deeply about the wellbeing of our children. Your dedication is an incredible source of inspiration for me.

A real childhood for all children is not a luxury. It is a right.

Together, we can say yes to childhood. Thank you!

The Quebec Mounted Police Members’ Association Foundation and the Quebec Provincial Police Association Humanitarian Foundation teamed up in November 2013 to present a $5,000 cheque to the Dédé Fortin Foundation. The presentation was made during the 2013 Quebec Police Awards gala, held at the Chateau Champlain Marriott Hotel.

The Dédé Fortin Foundation is a non-profit organization that raises funds to assist community groups that work to prevent suicide while offering mental health services. 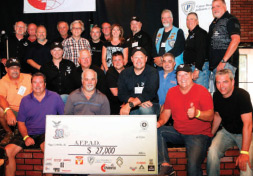 June 3, 2013 saw the 11th running of the Harfang motorcycle fundraising rally. This special event gathers law enforcement personnel from all walks of life, including civilian police officers and retired members of the Sûreté du Québec and other law enforcement agencies, as well as the annual participation of Montreal Canadiens hockey legend Guy Lafleur.

Since 2012, the Harfang event has helped to support various non-profit organizations, and the QMPMA Foundation has been a regular supporter of the event, donating $500 to the cause in 2013.